Kids 12 and under are free with an adult.

All active duty military and veterans are admitted to Lime Rock Park for FREE with proper identification, during all major events

Advance pricing switches to gate pricing at midnight one week prior to the event.

Event occurs rain or shine. No refunds or exchanges are permitted.

No Refunds,
Rain or Shine 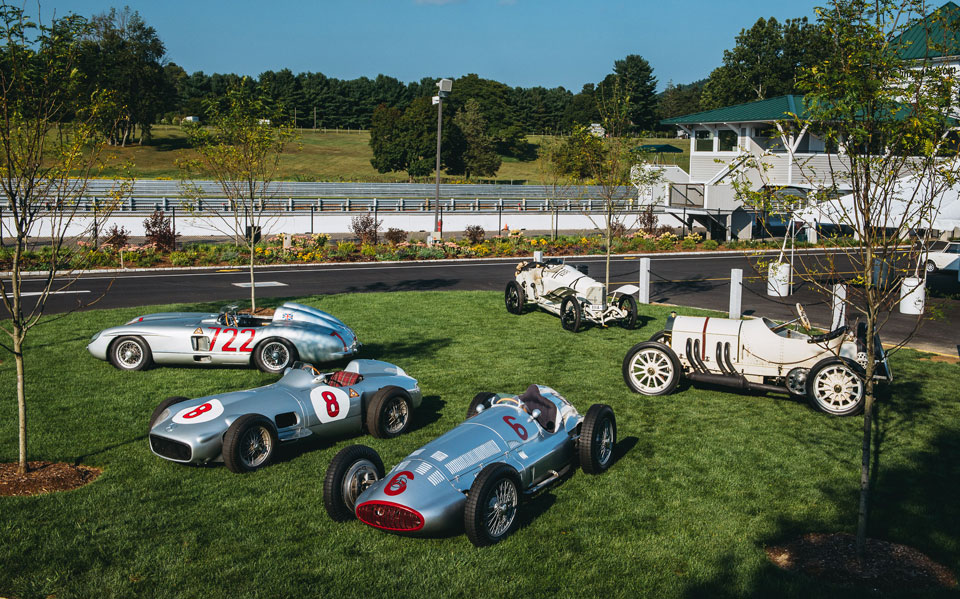 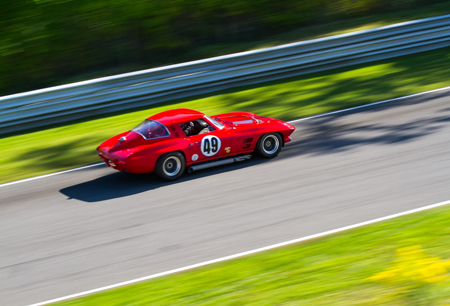 No other venue combines three days of on-track racing surrounding a prestigious concours event – the Sunday in the Park Concours d’Elegance – all on the same property, all on the same weekend.

The cars drawn to the Historic Festival are of the highest order. In recent years fans have thrilled to Ralph Lauren’s Bugattis and Ferraris... the BMW 328 Bügelfalte of 1937 and the rarest of Cunninghams... a 1933 Alfa Romeo 8C 2300 in which Tazio Nuvolari won Le Mans... and spectacular Mercedes-Benz competition cars including the 1955 Mille Miglia-winning “722” 300 SLR and the pre-war Silver Arrow W154 Grand Prix machine.

The Honored and Special Guests over the years have been no less iconic: Vic Elford, the late John Fitch, Bob Tulius, Miles Collier, Sam Posey, Jochen Mass and Stirling Moss, to name just a few.

For Historic Festival 34, the Honored Guests are none other than John Morton and Pete Brock.

Five days of motoring magnificence begins Thursday afternoon with the vintage and race car parade through the surrounding towns that ends with a "Street Fair" on the streets of charming Falls Village. Friday is practice and qualifying for up to 250 authentic vintage and historic race cars spanning the years from the early 1900s to the mid-80s. Saturday sees those same cars competing in 15 to 20 races –and they do it all again on Labor Day Monday.

Two very special Race Groups have been created for HF34.

The first is a “Tin Top” group. As Festival Chairman Murray Smith says, “I sounded the clarion call for owners and drivers of saloons and ‘tin tops’ to join us to create a fabulous grid of pre-1970 sedans, such as Anglias, Hillmans, Cortinas, Ford Galaxies, Alfa 1600s, that sort. The list of eligible cars is long and storied and both fans and entrants will be excited to see the tin top race group racing at Lime Rock.”

The second very special Race Group is Historic Trans-Am. That’s not just a description – it’s the name of the club whose members own and drive only the authentic pony cars that raced in Trans-Am from 1966 through 1972. The Trans-Am Race Group is certain to be a fan favorite.

In between Saturday’s and Monday’s races is the prestigious Sunday in the Park Concours. For 2016, expect up to 250 cars lining the entire length of Sam Posey Straight, from the Downhill to Big Bend, judged by eminent experts by class on the basis of design, rarity, provenance and condition. The remaining mile of Lime Rock’s gorgeous circuit is completely filled with some 800 additional collector cars, displayed by enthusiastic owners in groups according to marque and origin. We call this the Gathering of the Marques, a fascinating, eclectic display where you get right up close to everything brought by the clubs, from beautiful American antiques and muscle cars to rare sports cars and perfectly restored BMWs, Jaguars and Shelbys.

Lime Rock Park’s Historic Festival 34. There’s nothing else like it.

Youths 16 and under admitted free (General Admission) with at least one accompanying adult.